Biggest Casino Wins Of All Time

Canadians love playing at online casinos and one of the main reasons is simply because they dream of landing big casino wins whilst having some fun. Whilst any decent online casino will have a range of casino games ready to play, certain games such as progressive jackpots are the darling child of winning huge amounts of money.

These big win slot machines allow players to win life-changing amounts of money – from hundreds of thousands to millions – in a single spin on a fun game. imagine it – one spin away from millions in winnings!

Here are some of the biggest wins ever – including both land-based casino wins and wins at online casinos. 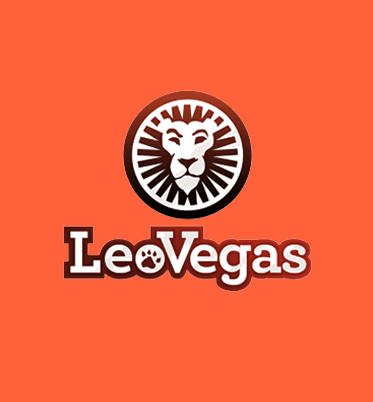 10 Biggest casino wins of all time

The biggest-ever win is down to a man named Archie Karas. Archie Karas was a Greek immigrant who loved taking his chances on the poker tables. He’s an incredible tale of going from normal to incredibly rich… back to rags again!

Being quite the budding poker player, Archie went on a trip to Las Vegas to hit the tables. He went on an incredible run and turned a measly $50 into over $40 million. This was an incredible feat – managing to bag one of the biggest casino wins of all time starting out his play with small change. He earned the cool nickname ‘The Run’ in Las Vegas for this impressive feat.

I want to end this story on a happy note and say that he walked away with his prize winnings, but unfortunately, he ended up losing it all.

The most money won from an online gambling site goes to an anonymous 20-year-old Norwegian player known only as Peter.

He enjoyed spending his free time playing online casinos and one night lady luck was on his side when he was playing.

Peter was simply trying his luck and taking his chance at some of the progressive jackpot slots when he landed the maximum bonus – the entire progressive jackpot. This was $38 million at the time, which we would like to say surprised us, but online casino jackpots can sometimes get that high.

Whilst the official amount Kerry Packer won is unknown, it’s estimated that his bank was better off between $38- 40 million. He managed to win these millions in the MGM grand casino, based in Las Vegas.

Whilst this big win sounds impressive, we don’t know how much Kerry blew to get those winnings – he was a billionaire at the time of his win, so he could just throw money at tables.

He would be incredibly generous whilst he would play at the casinos though, giving away over a million dollars in tips and making sure everyone in the casino was having a good time.

In some of the most remarkable winners’ luck ever seen, Elmer Sherwin managed to win big twice at almost the same casino.

The first time was just two weeks after the Mirage in Las Vegas had opened and Elmer was touring across the country. He walked away with a cool $4.6 million to take to the bank. Sixteen years later he chose to go back to Las Vegas to test his luck again – this time at the Cannery Casino, right next to Mirage. He was another big winner, managing to bag a nice sum of $21 million the second time!

A man only identified as ‘young engineer’ managed to cause a scene in the Excalibur casino in las vegas when he won big on one of the slot machines.

He only deposited around $100 of tokens when he got his lucky day and managed to get over $39 million. Instead of being paid the full amount though, he agreed to a deal with the casino to receive instalments of $1.5 million a year.

Working as your standard post office worker, Tippin decided to visit the Gold Coast Casino in the gambling capital of the world Las Vegas.

Amy Nishimura believes one thing helped her win her big jackpot, and that thing is sweet talking the slots she played until they pay out.

This apparently worked for her when she visited the Fremont land-based casino in Las Vegas. For three whole hours, she whispered sweet nothing at the slot machine until she won almost 9 million dollars.

Known for being the billionaire owner of premier league football club Newcastle United, Ashley is well known for hitting the casino tables.

The fifty London casino was his lucky spot, where he simply went in to enjoy some roulette for 15 minutes. After just those 15 minutes and hitting some big wins, he walked out $1.83 million better off.

A retired teacher, Beverly Whitten decided to enjoy some of her leisure time in the mountaineer casino and resort way back in 2006. She perched up on a slot machine called ‘Golden Chambers’, played for three hours and was filled with excitement when she heard the jackpot go off. The jackpot money amount she had won was nothing short of 3.7 million dollars!

We can’t talk about big wins without talking about the infamous fraudster, Charles De Ville Wells. He claimed he’d developed a foolproof way to always win – but some think he was a cheater.

Either way, he had reputed winnings of over $1 million dollars when he played at the legendary Monte Carlo Casino, and this was way back in 1890.

There have also been some fortunes won by Canadians in Canadian casinos. Some of the most recent include:

An anonymous man who waltzed into the Woodbine Racetrack Casino, which is a Casino located in Ontario, also hit it big on a slot game. He played on the $1 Megabucks jackpot slot machine and when he left he had managed to win $4.7 million on that one machine alone.

One of the most incredible Canadian big-win stories is that of Shirley Lima, who won totally by accident a couple of years ago.

She visited the OLG casino thousand islands in Canada and began playing the slots. She usually enjoyed penny slots but wasn’t used to this casinos games, so ended up hitting the max bet button a couple of times by accident.

This lucky accident on her game managed to see her win big – a cool $33,858. But that isn’t the last of the gamblers who walked away with big wins…

Finally, we have a lucky gambler called Casida Polk. She played on the Mighty Millionaires slot game at the Fallsview Casino. It took just 3 minutes for her to join this list of winners and land one of the big jackpots – she only had to spend $20 and turned her bet into $1 million! She also donated part of the winnings to charity, which was generous.

Could You Win Big Too?

If you want to try your hand at winning a life-changing amount of real money, One of your best bets is to play some of the hit progressive online slot games.

There are plenty to choose from, including popular classics such as Mega Moolah, which are well known for the amazing opportunities they give people to win an absolute fortune. We’re talking dream level of real cash that they pay out to people in Canada.

These progressive games hold the record for online casino payouts and some of the biggest slot wins in history – if you’re lucky enough to spin the reels and land on the correct combination! People in Canada can also enjoy high-stakes poker tables, Blackjack which also reward players with the possibility of walking away with a fortune.